It may not always be noticeable but everything on earth is under pressure. Above the ocean’s surface everything is subject to the air pressure of our atmosphere, which equals about fourteen and a half pounds per square inch.

If that doesn’t seem like much then consider the fact that it is pressing down on every single part of your body at all times. You’ve probably opened a brand new bottle of soda before and noticed how when the seal is cracked there is a familiar hissing sound and the bottle becomes more flexible. This is because sodas are stored under a few atmospheres of pressure to help keep them carbonated or “fizzy”. 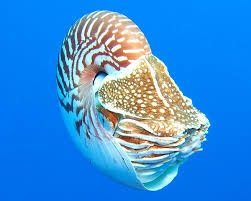 That’s only one example of pressure though. Now, consider water weighs a lot more than air. The amount of pressure that most animals in the ocean have to live with is a lot greater than the amount that surface dwellers have to live with. At a depth of only thirty-three feet, the surrounding water pressure is now two atmospheres or double the amount of air pressure at the surface. At this depth there is no need to worry about the pressure being strong enough to do any physical harm but for fish that use a swim bladder, which is a gas filled organ used to maintain buoyancy, the increase in density of their bodies becomes an issue. The deeper you go, the denser you become. The denser you become, the faster you will sink without being able to stop it. Luckily most fish have the ability to deal with this issue before a problem occurs, but for others like the chambered nautilus, maintaining the right depth is crucial for survival. The nautilus uses chambers of gas inside its hard shell and water exchange for buoyancy so unlike many fish, it cannot raise or lower its buoyancy level very quickly if need be.
To witness how pressure exists all around us you can do an experiment for yourself. Try cracking an egg under water and notice how the surrounding water pressure keeps the egg round instead of it falling apart.

5 Benefits of Outdoor Education for Children